Our profound thanks to our friends Martin and Denise for alerting us to the sight of the year - migrating cranes coming in to their overnight stopover in the Brenne. This is just a quick post and we have all the videos (with stereo sound) and Tim's photographs to come.
If you can, GO TOMORROW!!!!

We've visited l'Étang de la Mer Rouge many times without seeing much. Our friends had visited on Tuesday and were raving about it - would the birds all have gone on? We saw not one crane as we pottered around the Brenne this afternoon. However at La Mer Rouge I caught the sound of a few calls on the wind. 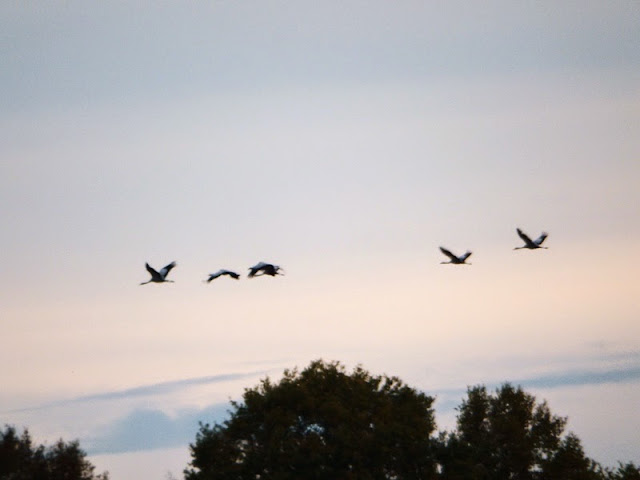 At last (4:20ish) parties of cranes started to fly in. Lots of cranes. They milled around a bit - and flew on! Just over the wooded hill on the other side of the Étang. 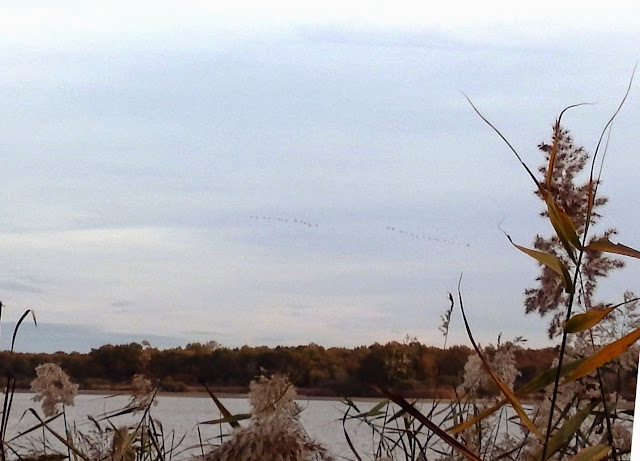 Should we go or should we stay? We went. We found them again near the chateau de Bon Asile down a dead end off the D20, which turned out on further map study to be a continuation of the Chemin rural du Blanc that leads past La Mer Rouge. There were a few hundred cranes in the fields opposite the house but the incredible noise hinted at many more on the far side of the hedge. 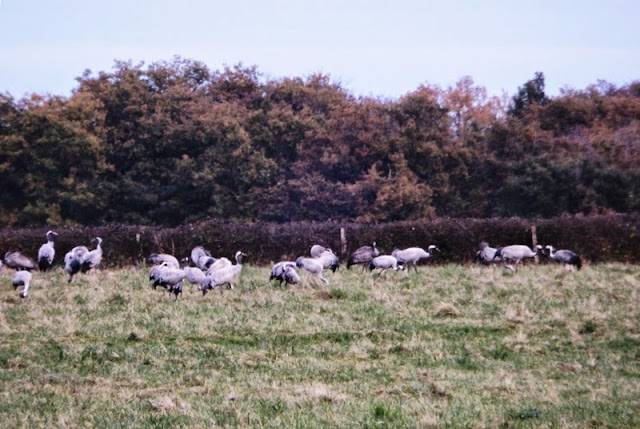 Still they were restless. Tim spotted an osprey perched on a post in the middle of the field. A murmuration of starlings happened. Then... 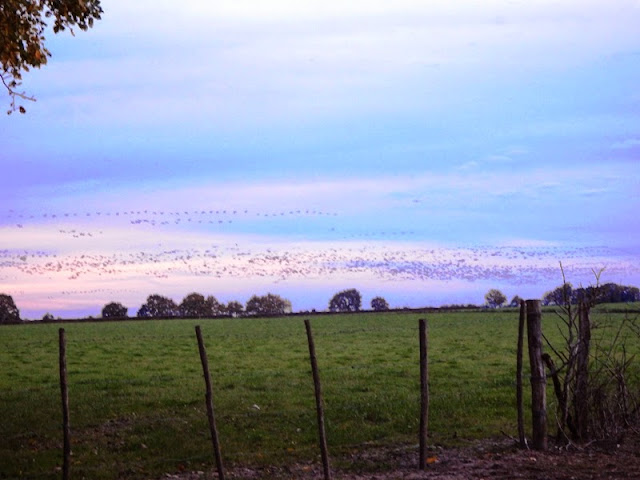 Then the cranes took off en masse. Thousands of them. They were streaming back towards La Mer Rouge. What a sight! Both of us switched our cameras to video and filmed until we could no longer hold up our hands. Still they came  past.

Another dash, this time back to La Mer Rouge in rapidly failing light, and the cranes were visible as grey bands on the far bank. Marvellous! 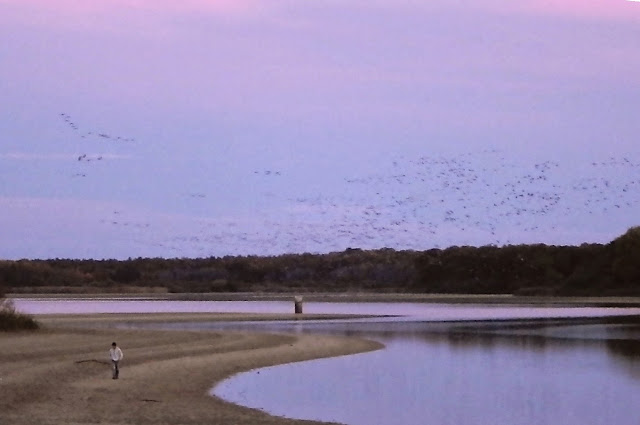 But why thrice Wow? We were just eating our tea back home when I thought for an instant that one of the cameras had started playing a video by itself. I could hear cranes. I could hear cranes outside! Two large parties were circling up there, one above us and one above Grandmont or La Jarrie. No idea how many, it was pitch dark, but there were easily several hundred, going by the racket, and could have been as many as a thousand. And they were looking for somewhere for a little R&R. Forty minutes later, we heard them again. I think as I write this that they are just along the valley...

Update: 11,500 cranes were counted in Indre the following morning.

A further update [Sunday 16th at 11AM]:
We missed them... but there have been parties and singles seen over our region...
yesterday, we saw a group of twelve flying south-east....
in the direction of the Brenne...
and a singleton flying west...
the weather has bottled them up... and yesterday Grus-Grus reported...
that from Indre...
"plus de 35 000 grues sur les dortoirs en Brenne, ce qui constitue un nouveau record"...
so the spectacle goes on...
and will stay this way until the weather improves!
Posted by Pollygarter

How wownderfully exciting! Lucky you two!