It's not all about Myrtle...

The first of a few picture-posts about some of the other wildlife that we've seen here....
over the past couple of months...

No, honestly, it isn't that we are preoccupied by moorhen activity....
although Myrtle has taken up quite a lot of our blog space over the past few months.

It is also about seeing...

It's also about seeing...

and it stayed put until you'd rushed upstairs to get a clearer view...


It's about being out of an evening and meeting...

or seeing...
It's about trying to photograph Orioles....

It is all about SEEING...
seeing the world a hundred different ways....


Hope you enjoyed this...
there will be more!!

A most distinguished visitor

On Wednesday the Kingfisher Trap came into its own again. Perched on the tip was a large black-and-yellow dragonfly. A box-like projection on the end of his body suggested a Pincertail. Two species of Pincertail are found in this part of France: the Small Pincertail Onychogomphus forcipatus Onychogomphe à pinces (Green-eyed Hooktail) and the Large Pincertail Onychogomphus uncatus Onychogomphe à crochets (Blue-eyed Hooktail). Both species are at the northern limit of their range and rare; uncatus very rare. This individual was a male, in beautiful condition. He stayed for at least a couple of hours, taking short aggressive flights whenever another dragonfly of any species came too close.


Tim took a good look through binoculars and dashed for "the bible" of European dragonflies:
the aptly named Field Guide to the Dragonflies of Britain and Europe
(Klaas-Douwe B Dijkstra and Richard Lewington. BWP 2006).
Yes, it was a Large Pincertail. Everything we could see checked with Dijkstra:

The following day the pincertail was there again, chasing away potential rivals, i.e. any other large dragonfly.

Wikipedia describes the distinguishing features of the Large Pincertail thus:

On 21st July 2013 last year, we were visited by a member of the same species. It first came to our attention because this large dragonfly was sitting on the frame of the front door. It had trapped itself in the house and worn itself out beating at the window glass.

The identification points are clearer to see in these photos because the beastie was cooperative and sitting quite still and close by...
not halfway across a millstream!!
He is actually sitting on the path outside the front door. After a few minutes rest he flew away. 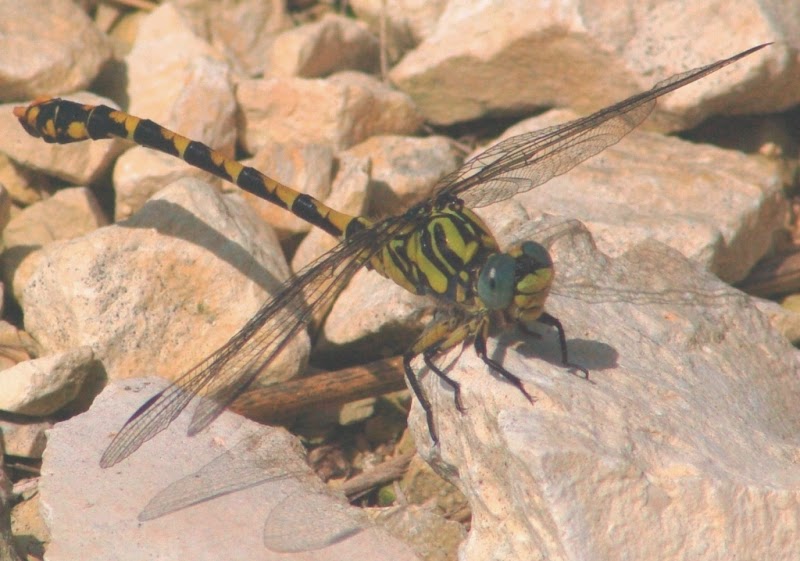 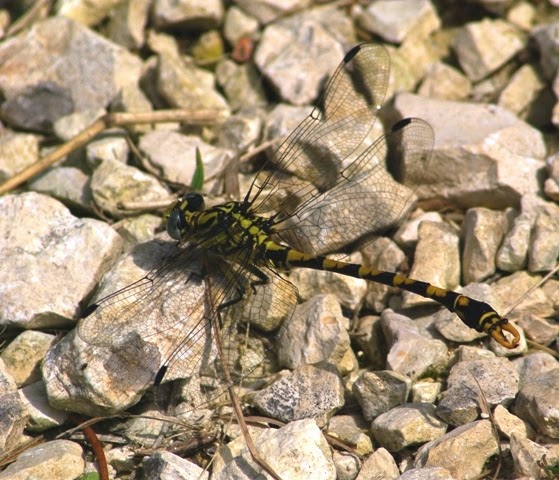 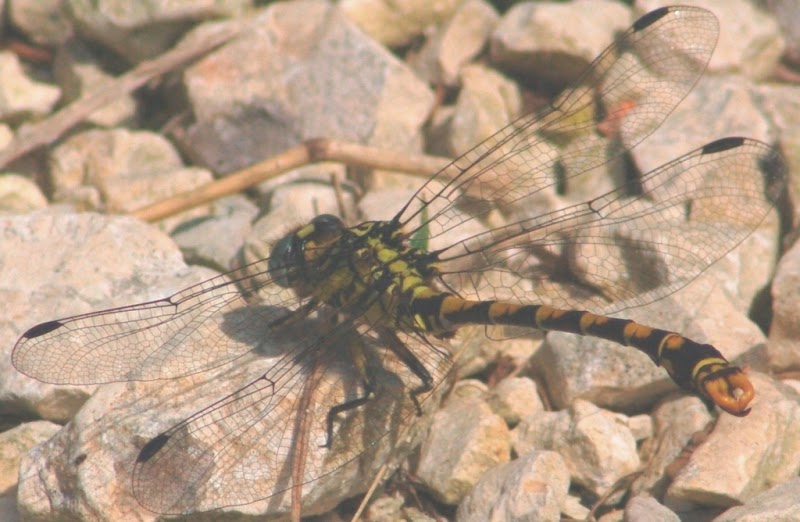 These two visits are the first and second confirmed reports of the species in Faune Touraine. The dragonflies section of the site has only been operating for a short while, so it's not that difficult to get a "first", but this animal is genuinely rare.

We haven't seen him since, so the second half of July seems to be the time to visit us if you are a lover of libellules.
Posted by Tim 5 comments:

The moorhen's nest is a wonderful construction. Given a stubby beak and two enormous feet, she has built out of iris leaves, sticks and lengths of hop bine a platform nearly 50cm high, roofed, with separate entrance and exit. She and her chicks roost here, safe from predators.

The chicks are growing well and remarkably cute.


Last week the mother bird performed an act of startling bravery. The chicks were peeping in alarm, she was shrilling as loud as a moorhen can. Something long, low and reddish-grey was moving under the opposite bank, partially screened by overhanging vegetation. I'm still not sure what it was - my first thought was that it was a young fox, then that it was some kind of mustelid, a stone martin or a stoat. Clearly moorhen chick was to be the main course. The adult suddenly rushed up the bank at the creature, and the next thing I saw was the predator retreating backwards up the bank with the moorhen's wings in its jaws. I gave an involuntary yell and shot downstairs. I know you're not meant to interfere with nature, but this was Myrtle. From the bridge, there was no sign of either of them and all was calm.

Whether those raking claws and sharp beak were too much for the predator, or my intervention scared it, it must have let go. Myrtle is still chugging to and fro with reinforcement for the nest, seemingly unharmed.