This mild, wet winter has seen quite a change in the population of overwintering small birds. Conspicuous by their complete absence are the blackcaps. Reed and corn buntings and stonechats are present but not in their usual numbers. Chiffchaffs and white wagtails were around in early winter but we have not seen one in the valley for some time. A truly remarkable sight was a flock of several hundred (probably) female and immature wagtails feeding alongside rooks, starlings and jackdaws and heavens knows what else on the tops above Chaumussay in January, so many it was like a blizzard. A lack of binos prevented a definite identification and when we went back they had moved on.

What we have instead, to our great pleasure, is a swarm of siskins (carduelis spinus, tarins des aulnes). We first met these gregarious little finches in Cala San Vicente, Majorca, during a memorable holiday when we could only get around on foot or by public transport. Simply staying put forced us to examine the wildlife in our local environment, including the gardens of our villa.


The siskins have taken to the peanut feeder in particular, displacing the house sparrows and greenfinches and holding their own against the great tits.

If another bird comes too close, both male and female will half-open their wings and spread their tail, flashing their underside in the interloper's face. The female presents her streaked cream fluffed-up body and pale yellow forked tail. The male delivers a flash of vivid yellow tail against an almost black background of primary feathers.


Frequently, they tumble into the air and a punch-up ensues.

The Mother of all Chiggers!!


A short "picture post"...
which will leave you scratching!
This is a Red Velvet Mite from the genus Eutrombicula...
probably Eutrombidium rostratus Acarien velouté....
and is regarded by the US Military as a creature of concern to deployed military forces#....
what about us gardeners!! 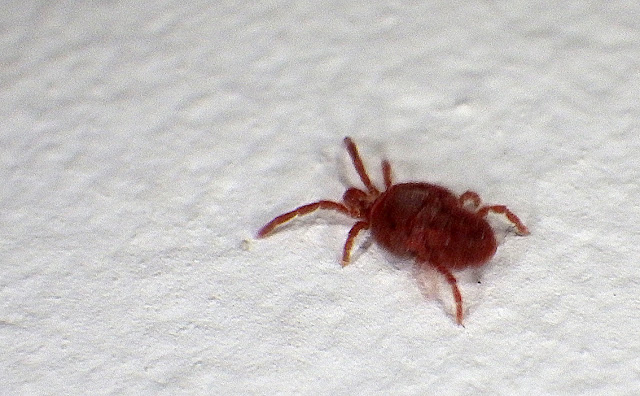 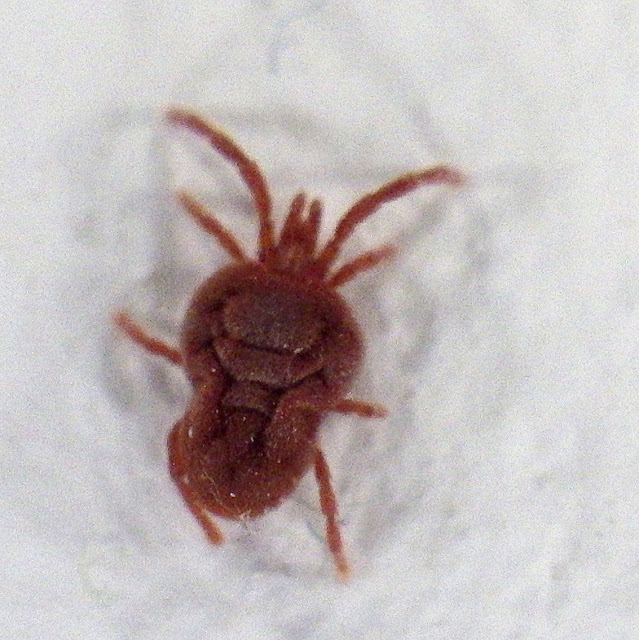 Their offspring are Chiggers...
those NASTY, BITEY critters that get us around harvest time...
hence the other name for the chigger...
harvest mite.


"Chiggers in the genus Eutrombicula do not transmit any known pathogens to people, but they can cause irritating bites, dermatitis and severe itching when they feed on the unsuspecting host. They are widely distributed in the Western Hemisphere, and Europe."

The adult pictured above had the cheek to be crawling up the wall indoors...
it was rapidly put outside!
I probably shoulda squished it....
but to me it is also a "money spider"....
and I'd just bought a Euromillions ticket!