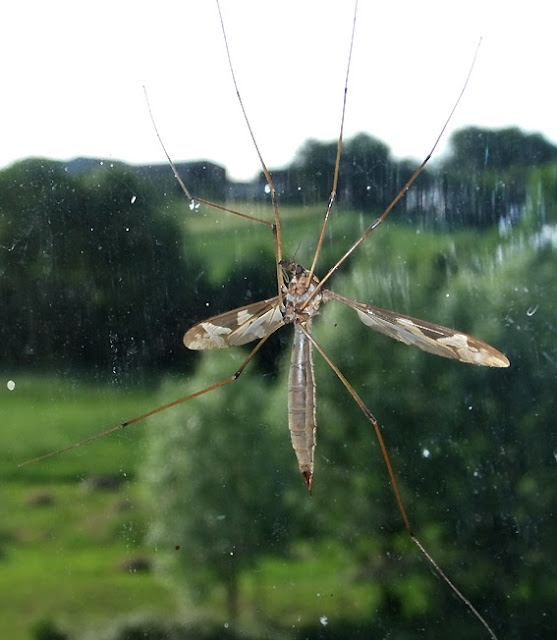 Email ThisBlogThis!Share to TwitterShare to FacebookShare to Pinterest
Labels: 2011, insects, May, tipula

What a whopper!
Did you get to measure the length of the leg?

I can see why you were really pleased it was on the outside of the window!! It's huge!! Not one to find flitting about one's bedroom of an evening!